I have the feeling that the story about Covid and the vaccines is about to change dramatically . . . .

That is, we will be moving from “the vaccines will save you” to “the vaccines may kill you”. And I don’t mean through unintentional and unfortunate adverse effects, though those are bad enough, and much more common than we are “allowed” to know. I mean that the spike proteins the vaccines force your cells to make [. . .] kill more people than the virus they purportedly protect against.

[Part of the vaccine approval process was not politicized but those involved] did get emergency authorizations, for which other substances, that could have saved countless lives, needed to be banned and ostracized. But in the end it all comes down to what the “vaccines” accomplish over the medium- to long term, and that is exactly the part that was never tested.[1]

Years ago I watched a NASA documentary about the many Shuttle missions and what had been learned or observed from them. One segment of the film reported that the forest clearing and burning in the Amazon was so extensive that it could be seen from the Shuttle. The rain forests were a matter of “great concern” in those days and I have a feeling that over the years the fear that the world would run out of oxygen abated quite a bit because nature’s regenerative powers proved to be more than were expected. It’s almost as though there was a terrestrial attempt to generate hysteria on an environmental issue, though I know that’s just crazy talk on my part.

Be that as it may, the film had a rather elegant take on the issue, which was that humans were undertaking a giant uncontrolled experiment down there in the forest. It acknowledged a legitimate concern but stopped short of saying that doom was inevitable. Would that there were such restraint now. Mr. Meijer essentially makes the same point here, namely, that a certain supposed short-term efficacy of the vaccines is touted as getting us out of the “minefield” of the Franken-19 virus but no one knows jack about how this is going to play out long term.

That’s a charitable take. Namely, reckless behavior to achieve a short-term benefit but crossed fingers on the long term. The less charitable take, which I endorse, is that there are elements of astonishing manipulation and determination to get the vaccines into the human piping regardless of any and all known risk factors. Kids and infants have nearly nonexistent risk of succumbing to the virus but the vaccine commies are, so help me God, absolutely determined to vaccinate THEM. Those are some diseased minds and tainted souls who are pushing that, but rest assured that they are.

Then there’s the full-court press to denigrate and dismiss the now well known efficacy of HCQ and Invermectin, among other drugs and treatments, AND the very small risks of dying from the virus — particularly if you actually do something for stricken people instead of sucking your thumb and mouthing the mantra “ain’t it awful.” 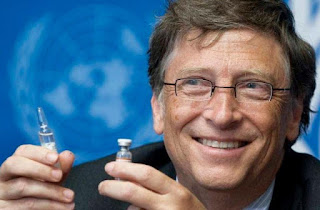 Too, I’ve read that earlier vaccines tried with the swine flu or something were withdrawn after the appearance of drug reactions far, far less serious than what were seeing now with this whatever. But here we are touting officially touting some revolutionary approach to immunization that involves fiddling with one’s actual genes, if I understand the approach. This is not a traditional approach where a weakened or neurtralized piece of the disease organism is introduced to the immune system which is then “trained” to recognize the actual pathogen if it arrives. No such mobilization of the body’s natural defenses is involved and now we have the spike protein cascading throughout the body like brooms in Disney’s cartoon, “The Sorcerer’s Apprentice.” And we’re supposed to listen to asshats who think they’re gods and have the intellectual horsepower to reboot the globe. And spike proteins are collecting in the ovaries of women and the hearts, lungs, and brains of both sexes with consquences unknown to any human on earth (though we’re beginning to get an idea). Fertility is what concerns me as does the obvious agenda of economic destruction.

I quote Paul Craig Roberts earlier. “The entire ‘pandemic’ has been conducted outside the realm of evidence.” That is true and I have NO doubt that the public health, pharmaceutical, and media sectors know damn well that the evidence is firmly against them so censorship, repression, infantilization, and outright lies are the order of the day. God blesss the people in the streets in France and Greece who are signaling they’ve had enough with that.