More On The “Think Again” Front

The Point Of The Left’s Program

A limited audit authorized by the Dodd-Frank Act found that between 2007 and 2010, the Federal Reserve committed over 16 trillion dollars to foreign central banks and politically influential private companies.[1] 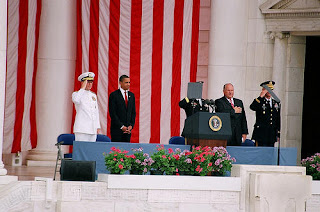 That’s eight (8) foreign wars of aggression we could have fought around the world to build democracy, dispose of foreign governments lacking our wisdom and moral superiority, and ramp up the hunger for American “leadership” exemplified by (1) Nikki Haley, Samantha Powers, John Bolton, George II, John Brennan, Mike Pompeo, Antony Blinken, Mark Milley, Madeleine Albright, and that Kenyan-American fellow and (2) the general elegance of our Exalted Wokeness in addressing our internal problems. “This too could be yours, chumps” is, I think, the essential message to the various peoples around the world with a bone through their respective noses.

“Chump” is an interesting word denoting someone who doesn’t have the smarts to find his self interest with both hands. “Chump change” is a term whose origins are lost in the mists of time so far as I know but the meaning appears to be that amount of money left to the suckers of this world who are deluded enough to allow their perfumed and coifed betters to roam freely across the vast corporate, banking, and political Serengheti plain like dumb asses on a Victor Mature safari.

There’s no telling what that 16 trill and the two that evaporated in Afghanistan could have accomplished here in our climate change-stricken, white supremacist, slavery-corrupted, neo-liberal, corporatist, Christo-European Homeland. But I take it that I’m supposed to take it on faith that all the people who had a straw in that giant mothertrucking parfait of Benjamins really were the ones who deserved the largesse, they being the one’s who live and breathe that ancient principle of Salus populi suprema lex.

It’s a thought of no small interest to me just who exactly was holding a straw of the requisite length during the Great Recession of 2007-08. If nothing else, I’d like to know whom to thank for helping keep this mighty engine of human betterment (MEHB) ticking right along.

Mr. Paul is correct. Auding the Fed would really help us here by giving us a look at who was taking care of business so adroitly all these years.