When You Are Ready to Give Up on People…

Trump Haters So Deranged They Now Unwittingly Align With Him

There are many irons in the fire incentivizing citizens to relinquish their rights bit by bit. The following provides a simple observation over the effectiveness of one tactic: fear. I don’t know if any reader will gain any use from this odd insight, but I felt compelled to offer it anyway. Just maybe the uncomfortable ties and the ridicule so associated can break the spell in a few of the afflicted each one of you encounter. Pray such efforts lessen the body count. It would be encouraging to learn of any successes and instructive to be informed of failures.

It is amazing how witlessly all those Trump haters have taken on what even his supporters admit was his most debilitating (and assailable) trait — germophobia. He was a germophobe and now, ironically, so are they. We used to laugh at such people. Long after he was dead, ridiculous images of Howard Hughes served as a warning against becoming one.

Then Biden comes into office and the Trump haters did a 180º turn: they went from critics of the vax to full out supporters overnight. Not only that, but a large number are supportive of coercing everyone in the country to get a shot. Some — even one panicky sibling of yours truly — say “Yes, the unwilling should be forced.” Forced injection of a compound that was and still is listed as only usable in an emergency — for an illness that has lower lethality than the annual flu. And now evidence emerges that the vaccinated could be super-spreaders. Any way one looks at what has transpired, one sees unhinged panic and divisiveness — made to order for those who pay huge fees to mass media and for those who run it.

Trump haters called him fascist, and in their panic are trending to support full fascism* now that he’s gone. How “Progressive!”

Dear merciful Lord, I pray there are enough of us repentant ones still extant that you will guide us to a solution.

*Fascists chose the perfect symbol in the fasces. 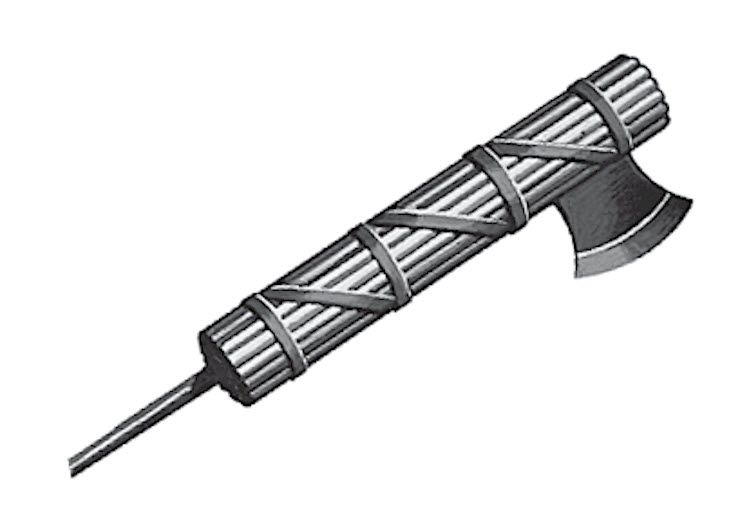 Sticks are gathered together to protect the deliverer of power and then bound tightly to it. Individual sticks that are not part of the alliance are easy prey, and that provides a strong incentive for others to join sooner since the entry “fee” increases later. Look how readily some corporations joined that nobody expected to see bend over so easily. Sadly for the merely coerced, it will not be easy for any member to slip out (when the costs exceed the benefits) once bound to the axe handle. Ask a member of the Mafia how easy it is to retire.

Sure an Alexander must eventually arise to cut these bindings, but what motive drives our Alexander’s audacity? Saving grace here is that many Americans still have faith in One True Higher Power. Pray they are sufficient in number for a Washington to emerge.

Should you be unable to leave comments below, please leave them here instead.