To Be Or To Do? A Rumination

Ben Bartee on the Great Reset:

All of which begs the questions:

Progressive scum were only just warming up with the Enlightenment, intoxicated as all of humanity was by the marvels of steam engines and, well, steam engines. And after Pasteur discovered penicillin, it seemed bright and hopeful as a certain veneer of rationality was hesitatingly spread over certain portions of the world, possibly excluding New York City, Austin, Portland, Minnesota, and the cerebral context of Liz Cheney. 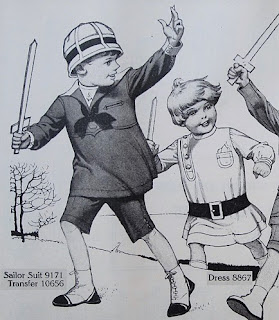 The mass slaughter of WWI put a damper on things and, like the Perfumed Set now, Woodrow commanded the federal legal machinery to seek out and persecute dissenters from The Way Things Were Going who were under the impression that they had certain rights supposedly protected by the Constitution. Our first very own Uncle Joe moment that was, it turned out, a portent of things to come.

Woodrow was followed by Franklin who had his own ideas of what a Great Reset might look like (adios to all restraints on the federal government) and in a few years we had Lyndon and Richard who took their own turn at waving the magic wand of Grand Societal Change. Ronald tried to reintroduce the quaint notions of (1) restraint, caution, and humility when it comes to the exercise of governmental powers and (2) skepticism with regard to the nostrums devised by people who don’t have the sense the Lord gave a duck. But he was “just an actor.”

A lengthy period of fiscal and monetary fvckery followed him with a generous helping of pointless, reckless wars and general lunatic lurch in the direction of national suicide which included doing everything in our power to create an industrial and military juggernaut on the shores of a country that could justly be seen to be a lunatic, homicidal, communist dictatorship. With an admixture of multiculturalism, mass immigration, globalism, cultural idiocy, carbonist hysteria, and a mad race to abandon the liberty and rationality which were the alleged hallmarks of The West at some point in time, the stage was set for the arrival of a convenient Germanic Threat to Life on Earth which is now to be the pretext for a new go at this business of straightening out the two-legged bugs and vultures who infest the earth in numbers that are just inconvenient.

This time, of course, the Really Top People will get it right and in the future, those of us who are left standing and owning only the clothes we are wearing, will enjoy The New Bliss courtesy of Klaus Schwab and his kindred social engineers. “What could go wrong?” as that classic internet question has it.

Mr. Bartee perfectly captures the essence of this maneuvering and planning which can even be further distilled down to “WTF appointed these ass hats to decide ANYTHING, let alone the future of the entire bleeping planet?”

Isn’t the lesson of the hideous mass slaughter of the communist monstrosities enough enough by itself to put the kibosh on any exercise of elite power more ambitious than pothole repair and running municipal water and waste treatment plants? Those demons had A Plan, oh yes, they did. They were going to create something new and wonderful and solve the problems of suffering mankind who just were NOT up to the task of re-imagining, so to speak, a Better Way. This seems familiar in some creepy way. Where have we heard this @#$%? (PS — Fisk you and your “window of opportunity,” Klaus.)

With the track record of The Enlightened Ones still fresh in living memory let us again take note of the anecdote told by that inspired speaker at a Washington, DC Alcoholics Anonymous event a couple of decades ago. After recounting the utter disaster that his life had become after he lost his job, his family, his home, and his self respect because of alcohol he said, “And . . . my . . . best . . . thinking . . . got me there.” That there, friends, was sheer brilliance. The task of ordering ONE life is sometimes beyond our capabilities and anyone who thinks their fisking Plan will do the job for hundreds of millions of other human beings is a certified emissary and factotum of the Father of Lies.

The Good Book has the back story:

There are many plans in a man’s heart, Nevertheless the LORD’s counsel—that will stand. Proverbs 19:21.