We Did It. We Let This Happen.

How Can We Be Sure?

In the 1960s, students fought for free speech but as a means to give voice to their cutting-edge progressive sensibility, which included contempt for the logic and achievements of existing institutions and for the wisdom contained in old books and ideas. Today’s students, sustained by a campus culture in which that progressive sensibility prevails, wish to impose it on everybody — in part, by stifling free speech.

However, it was not university students — either today’s or those of the 1960s — who first introduced the idea that progressive moral and political ideas were objectively true, beyond reproach, and should be affirmed by all. That conceit we owe to the founders of the progressive era.[1]

In the military, wise officers know not to issue an order they know will not be obeyed. You won’t find that in the leadership manuals in so many words but they understand that there’s give and take in all human situations, even ostensibly autocratic ones. We’ve all heard the witticism “if momma ain’t happy, ain’t nobody happy” which captures the truth that even people not in the formal power structure, if you will, can make life uncomfortable for you, if not downright miserable, if they withdraw their willing, good-humored assent from what is. The Soviet joke went “they pretend to pay us and we pretend to work.”

Stupid leaders can resort to punitive measures but those only breed more resentment or fear and such leaders find their time unnecessarily taken up by ever increasing repression. If not themselves in front of a firing squad. In the case of the Ceausescus in Romania it might have been better, in the words of Silviu Brucan of the National Salvation Front (29:24), not to execute them but rather for them to understand the “dimension of the disaster they have left and the dimension of the popular feeling about them.” Contemplate that for a moment. In particular, the phrase “dimension of the disaster.”

What has the lunatic, depraved, arrogant left created here and throughout the Western world but a disaster? Deliberate destruction, reckless plunder, and desecration are the order of the day but our corrupt media will, every second of every hour, tell you it’s sweet ambrosia. And what other popular feeling can there be but contempt for these fools? Do they think that their cheap censorship will keep it from growing?

A Russian friend told me a few stories of some of the czars in Russian history and based on that brief glimpse I was struck how the “problem” czars seemed oddly to come to an early end. There were, it seems, limits to how far the other aristocrats were willing go to put up with departures from the understood flight path, if you will. Just an impression and entirely worth every penny you paid for it.

Better to find the sweet spot of being top dog but one who uses humor, cajolery, praise, encouragement, consultation, and reason with just a hint of sterner measures should the need arise. That improves decision making in the long run and, voila, you get a big payoff in terms of legitimacy. Legitimacy is forever; temporary advantage lines tomorrow’s bird cage. Dear Lord, please spare us the visionaries. 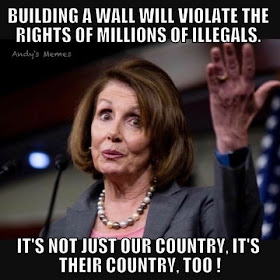 But that prayer is apparently not being answered just now. What we’re seeing now is a determined, fanatical leftist exercise in jamming their idiosyncratic and vicious agenda down the throats of normal people. Sideways. There’s not the least gesture in the direction of what might have been called the divine scheme, the natural order, the decent opinion of mankind, or the accumulated wisdom of mankind (AWOM).

Those concepts guarantee that a smile and a simple acknowledgment of the other person in any situation anywhere in the world will make your life easier.  They touch on something that is fundamental in the nature of human beings. The progressives, otherwise known as the lunatic left, have, however, chosen the opposite route requiring normal people to bow down to loathsome ideas and inferior beings and it’s adios muchacho to any notion of consultation and compromise. In America now, the first official or media order of business is a firm middle finger salute and a hearty FUATHYRIO.

The general principle still holds. Venture too far into the horse’s ass territory and you might find your authority becoming a bit rubbery. This gentleman wants this principle to be understood clearly.