One Melody, One Rhythm, One Agenda

The circus freaks who run the U.S. government

In August 2020, the Washington Post published an opinion piece, “What Americans should learn from Belarus” as part of a flurry of articles setting the narrative that Trump was doomed to lose the election and that he would attempt to seize power by authoritarian means when he did. It directly drew parallels between the BLM protests and Belorussian protests and correctly identified them as the same phenomenon. Left unsaid was that neither movement was organic but in fact were manifestations of elite-sponsored terrorism against democratic norms of orderly political and civil processes. 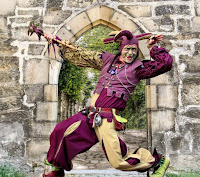 A month later, investigative journalist Darren Beattie published an investigation warning that the same constellation of NGOs and Washington apparatchiks that coordinated color revolutions abroad were actively plotting one right here at home. Election Night came and it happened: The infamous halt of the vote count; the coordinated declaration by the media that Biden had been elected president before the vote count was complete. Then . . . .

The successful overthrow of the Trump presidency . . . .[1]

Notes
[1] “The Architects of Our Present Disaster. American foreign policy is buckling under its own contradictions. We no longer have the luxury of decadence.” By Benjamin Braddock, American Greatness, 3/14/22.