In the 1960s, African American’s opposed to the Vietnam war adopted the slogan “No Viet Cong ever called me n1g.ger” — the real enemy, they surmised, was white people at home in the United States. Legacy Americans must make a similar realisation: “No Chicom ever called me racist”. The biggest threat today isn’t Russia or China, it’s the permanent regime in Washington. Woke excesses are so often met with eye-rolling, jokes and memes. The last institutional redoubts of the worlds preeminent military power are being captured by woke derangement. That’s of world-historical significance.[1] 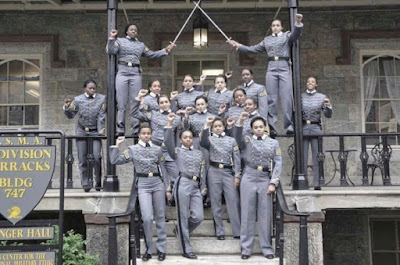 This is an eye-opening piece. It sets out the rot that is at the heart of America today. The woke left is certifiable but — with the able and enthusiastic assistance of the monopoly treason media — it is effective, unbelievably malicious, and the enemy of common decency.

Pardon the demure language in the title and the slight edit in the quoted language. It’s merely to minimize the chances that it — or this site — will mysteriously disappear. Such are our times.